How Did the False Claims Act Help the 3M Earplug Lawsuit?

There has been a lot of buzz lately about the 3M earplug lawsuit and what it will mean for veterans in Michigan.

The following will cover everything that you need to know about the False Claims Act and how it will help veterans who have suffered hearing loss.

What is the False Claims Act?

Also known as the Lincoln Law, the False Claims Act can be used against persons and companies that defraud the U.S. government. This means that any company that has a contract with the government or provides a government program with defective equipment is liable for lost compensation.

In the case of the 3M earplug lawsuit, 3M took over a contract when they bought the company Aearo Technologies with the U.S. military to provide combat earplugs. Aearo Technologies had been providing faulty earplugs to veterans throughout their contract, and 3M knowingly continued the use of the flawed design.

A “whistleblower” then informed the government that 3M was providing earplugs to the U.S. military that were too short to fit into servicemembers’ ears, a defect that would cause them to come loose.

For the last decade, hearing impairment has been one of the top ailments reported by servicemembers and veterans. For any veterans who served in Iraq or Afghanistan between the years 2003 and 2015, the dual-ended earplugs were standard issue.

If you or a loved one were in service during this time and have suffered hearing loss or tinnitus, you may be entitled to compensation. Seek a top personal injury lawyer in Michigan to take on your case today.

Rather than attempt a trial and larger loss, 3M agreed to pay the settlement to resolve any allegations toward the company. Though the company did not admit to possessing prior knowledge concerning the defect in the court case, the settlement they agreed to in itself was an admission of guilt.

When 3M settled the court case, it made proving that the company was responsible for providing faulty equipment much easier for the veterans who had been affected. This is because 3M could not simply agree to pay restitution in one case and not in another for the same charge. 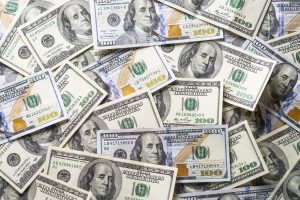 The settlement, which totaled $9.1 million, only compensated the government for any losses that they incurred due to the faulty design of the dual-ended earplugs.

For bringing the case forward, the whistleblower was compensated $1.911 million of that settlement. The remaining amount is meant to replace the taxpayers’ money that was spent on buying the earplugs for the military in the first place.

This money, however, will not be passed on to cover the damages incurred by the victims of the combat earplugs.

Because the 3M settlement does not compensate the servicemen and women who have suffered hearing impairments, 3M lawsuits are springing up in Michigan and around the country.

If you or someone you know has been affected by the lawsuit, it’s important that you seek your own top personal injury lawyer to fight for you as an individual and achieve the settlement that you deserve.

In Michigan, law firms like Cochran, Kroll, & Associates P.C represent those affected by the defective earplugs. Consider seeking a free consultation to see if you have a claim today.

The False Claims Act set the precedent that anyone harmed by a defective product while working for the government is entitled to compensation for that harm if the product was provided to and by the government.

In this case, 3M allowed servicemen and women to use defective equipment that caused hearing loss and impairment. The $9.1 million settlement that the company agreed to indicates that they know they were in the wrong, which makes it easier for Michigan veterans to seek the compensation they deserve.

If you or a loved one are experiencing hearing problems due to defective 3M earplugs, please call us today on our hotline number at 866-MICH-LAW for a no obligation consultation. If there is no recovery, you owe us nothing.

Disclaimer : The information provided is general and not for legal advice. The blogs are not intended to provide legal counsel and no attorney-client relationship is created nor intended.

Julianna Barry
Ms. Barry is studying Communications at the University of Pennsylvania. She has won multiple awards both for her persuasive and creative writing and has written extensively on the topics of medical malpractice law, personal and birth injury law, product liability law. When she's not researching and writing about these topics, she edits a literary magazine and tutors students at Penn's writing center.
« Elder Abuse in Nursing Homes: 10 Signs Your Loved One is in Trouble
How to Apply for Social Security Disability Benefits »